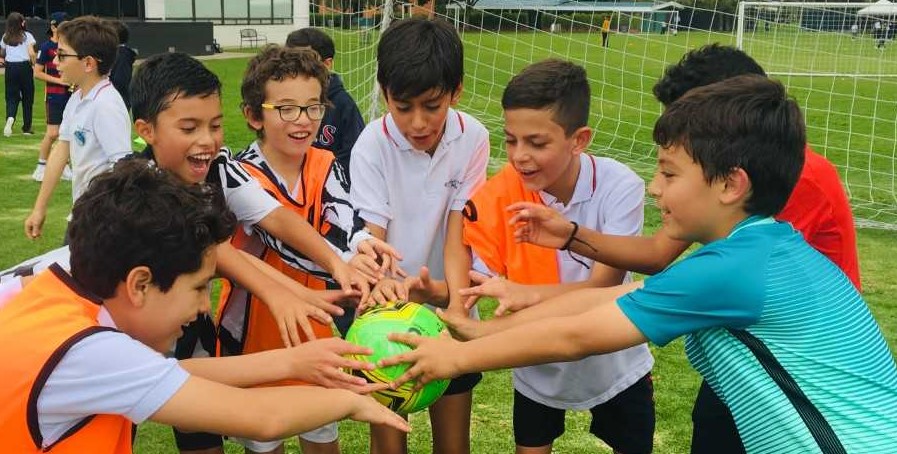 Everyone in Elementary got together for the two exciting final games of the soccer and basketball tournaments of the first term. Everybody felt sporty during these days, cheering for their classmates, whilst the players inside the field gave their best to achieve the award that acknowledged them as the victors. During the tournament everybody felt part of a team and engaged joyfully to play their best too.

In soccer, the fifth grade champions were 5D and 5B for boys and girls respectively, and in fourth grade the boys from 4D and the girls from 4C were unbeaten throughout the competition to win the award. In basketball 2D boys and 2B girls picked the champions prize, and from third grade the winners were 3A boys and 3B girls.

New tournaments are coming in the second term to keep students focused on CAS values, such as respect, tolerance, and fair play in all the games. As P.E teachers in elementary we’ll keep providing coaching in various sports, thus more students can develop interest towards sports.